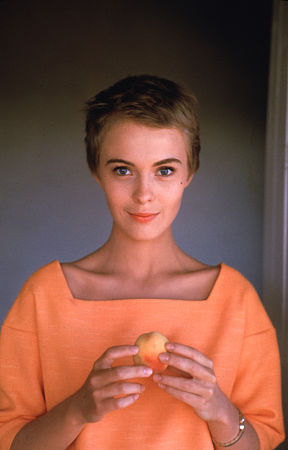 Jean Seberg seems to be having something of a moment just now, thanks partly to her iconic elfin hair-do and also to the 50th anniversary of her most famous (and stylish) film, A bout de souffle (Breathless). It’s always a treat to see the film, but the tantalising “featurette” about Seberg – one of the extra features – is a let-down. So here is a potted biog of the ill-fated actress.

In 1959, when she appeared in Jean-Luc Godard’s Breathless as the epitome of carefree American-in-Paris chic, Jean Seberg had the world at her feet. Still only 21, she had already been considered a wash-out after her first movie, St Joan, flopped spectacularly, but she seemed to be reborn thanks to the French New Wave.
During the 1960s, she juggled Hollywood roles with offbeat European projects until a series of disasters – in particular, the death of her baby daughter in 1969 – led to her suicide at the age of 41.
As with most things in Jean Seberg’s troubled life, the death of her child – at only three days old – was not what it seems. During her pregnancy, Seberg was heavily involved with the Black Panther movement. She was already under scrutiny by the FBI because of her political ideas, and in 1969 they planted a smear story in the Los Angeles press.
Seven months into her pregnancy, Seberg opened her paper to read the rumour that her baby 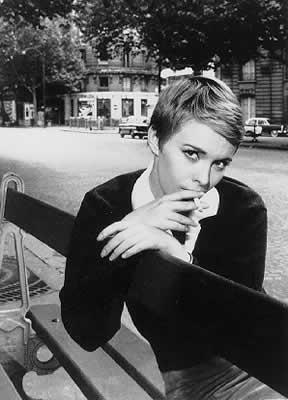 had been fathered by a Black Panther and not by her husband. In shock, she went into labour and gave birth prematurely. She returned to America to bury her baby and went so far as to allow photographs to be taken of the dead infant so that she could prove she was white.
According to friends, Seberg never recovered. Every year on the anniversary of the baby’s death, she tried to kill herself. At the time of her death, the FBI denied any involvement in the false rumour, but a year after her overdose they admitted their part in the planting of the story.
Incredibly, a musical version of Seberg’s tragic and extremely confused life was staged by the National Theatre in 1983. Peter Hall directed, and Marvin Hamlisch set Christopher Adler’s lyrics to music, but – inevitably – the musical was box-office disaster. Maybe the Seberg jinx has played a part in the non-appearance in a movie version which was much talked about in the 1990s, and was originally intended to star Jodie Foster or Winona Ryder.

* A bout de souffle is out on special edition DVD on the Optimum Home Entertainment label.