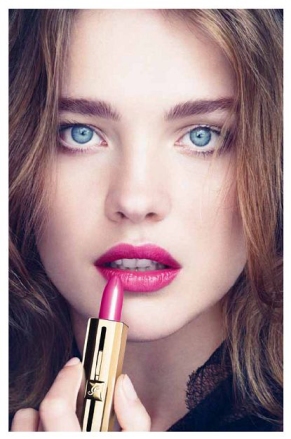 By far the most intriguing and seductive-looking of the new batch of lipsticks is Guerlain Rouge Automatique (£24.50, available in Selfridges now, and nationwide from May 1). Guerlain certainly knows how to package its products: their Rouge G lipsticks, with their pop-out mirror and bullet-shaped tube, look like they should belong to a Bond girl, if not 007 himself. And the Rouge Automatique is just as impressive and gadget-like in its design; the difference being that it is a reproduction of the original, 1936, Rouge Automatique which was designed without a lid so that the woman applying it could do so with one hand.

Of course, there’s more to it than the flick-knife style tube. I became an instant fan of the Rouge Automatique when I tried a few on Monday – the texture is gorgeous: moisturising, comfortable and rich. And the 25 shades include some real beauties – especially in the corals and reds. I’m looking forward to posing with mine … After all, it’s far too elegant and sexy to be kept hidden in the make-up bag.

Over lunch with my beautician friend Margaret she gave me the low-down on the last new product I asked her to test – Clinique Moisture Surge Tinted Moisturizer SPF15  (£21; currently available exclusively at Selfridges, Brown Thomas and at www.clinique.co.uk just now, and nationwide from April 22). I hadn’t wanted to judge this one all by myself as I’m a bit of a tinted moisturiser virgin – I’ve tended to avoid them because there usually isn’t a shade pale enough for my fair complexion, and also because, having a less than perfect skin, I feel more confident with a full coverage foundation.

Anyway, Margaret was highly impressed. ” I’m really enjoying the Moisture Surge,” she said. “It has a lovely texture and great coverage, but best of all – it lasts! Most tinted moisturisers disappear pretty quickly – but not this  one. It will definitely be in my holiday make-up bag! I would buy this product again.” .

When you write about beauty, your local upmarket department stores becomes your second home – and I paid mine, the historic Glasgow store Frasers, a visit on Wednesday in order to meet with Dafna, the PR for Bobbi Brown. She was in town to brief journalists on the American make-up guru’s latest wonder concealer-corrector, Creamy Concealer Kit (£23.50; www.bobbibrown.co.uk).

Sure enough I was impressed with the results of my mini-makeover using the kit. It contains two products: the corrector which neutralises dark circles and lines, and the concealer which lightens the skin. It undoubtedly brightened the eye area and gave my complexion a much-needed lift. I’ll be interested to see how I get on with it when I try it at home.

In the meantime, I’m delighted with the new mascara that Dafna brought me: Bobbi Brown Lash Glamour Extreme Lengthening Mascara (£18). It certainly lives up to its name thanks to its unusual bristles, which interlock with the lashes like a zipper, coating each hair with colour from root to tip, and the  slightly curved shape of the brush which encourages lashes to stand to attention..

My deputy tester (and head of the anti-ageing cosmetics department) may not have been terribly taken with Clarins’ most recent addition to its Instant Smooth collection – the Instant Smooth Line Correcting Concentrate (£24; www.clarins.co.uk), a pen which is supposed to make wrinkles disappear in one stroke – but my experiments with their latest body lotion has been much more successful.

Clarins Extra-Firming Body Lotion (£39.50) is certainly pricey but I’ve enjoyed using it more than I have enjoyed using most products in this category for a long time. By Thursday, I had been using it (just once a day instead of the recommended twice – who has time in the morning?!) for a couple of weeks, and I became convinced that I was starting to notice a difference. It helps that it smells lovely… It contains lemon thyme extract, which encourages the production of a protein essential in maintaining the skin’s elasticity, and plant extracts which reactivate the production of type 1 collagen, thus improving skin density and firmness. Oh, and it feels gorgeous!

Clarins newsflash: the Clarins Spa at Frasers (0141 221 5760) in Glasgow is offering any 80 minute treatment (including the sublime TriActive facial) for the bargain price of £40, if booked before Thursday April 21. 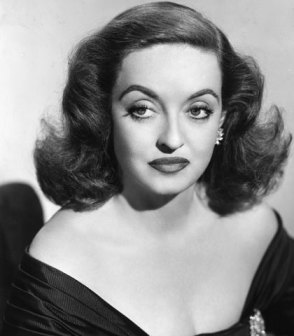 Every time I use the Chanel Crayon Sourcils  Sculpting Eyebrow Pencil (£18.50; for stockists call 020-7493 3836),  which I opened on Friday, I can’t help but think of Bette Davis (left), who wouldn’t have pulled off quite as magnificent a performance as catty Margo Channing in the classic bitch-fest All About Eve had she not had a pair of well-defined eyebrows working in her favour. It’s a cliche but it’s true: eyebrows do frame the face. Their shape can drastically – and dramatically – transform your whole look. Could Bette have been quite as memorable as Margo without those thick, yet well-tamed, eyebrows, which balance out the cruel, full mouth?

The new Chanel pencil is – as most are today – a double-ended affair, with a brush at one end and the pencil at the other. It’s difficult to draw comparisons with other very similar pencils on the market, but what is particularly impressive about this one is the choice of colours available: there are four, including two shades for blondes. Fasten your seatbelts for some serious eyebrow-arching …