My City of (Stylish) Stars Exhibition 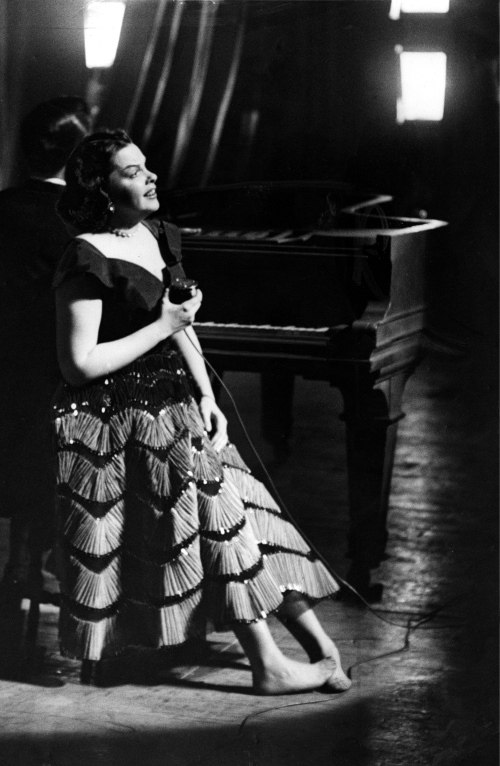 I’m afraid I’ve been a bit of an absent blogger these last couple of weeks because I’ve been completely immersed in a last-minute commission to put together an exhibition based on a book I was trying to get off the ground – about the stars who passed through Scotland from the 1930s onwards.

The idea came up in a conversation with the director of music of the concert halls in Glasgow. We were chatting about the Glasgow Film Festival (currently underway) and the fact that Gene Kelly was to be the subject of its retrospective. I told him that Gene Kelly had come to Glasgow on a flying visit in 1953, to seek inspiration for the forthcoming MGM film version of the Broadway show Brigadoon. And that I had researched his visit – along with those of other great stars.  And, most crucially, that there were beautiful, rarely seen, photographs of the occasion in the photo archive of The Herald and Times.

Back in the 1950s, and earlier, Glasgow was the often the first port of call for big entertainment stars performing in Scotland. Indeed, it was often their only port of call north of the border – and some venues, notably the Empire Theatre, were viewed as the testing ground for acts. If you could survive the Empire, you could make it anywhere – that was the philosophy.

Hollywood stars would come to Glasgow to publicise their films with personal appearances (as Cary Grant did no fewer than three times at the peak of his career), to appear onstage (as Mae West and Marlene Dietrich did) and for social reasons (as Elizabeth Taylor and Danny Kaye did).

One thing that struck me, while sifting through the pictures I’d selected, was that two of the biggest female stars I was featuring were wearing gowns by Balmain when they were photographed in Glasgow – and, of course, Balmain is a fashion house that is very much back in vogue. Here’s Katharine Hepburn looking gorgeous in one of the dresses designed by Monsieur B for her character in The Millionairess. Check this picture – and 22 others – out at the City of Stars exhibition at the Glasgow Royal Concert Hall from Saturday, February 25 until September…

2 responses to “My City of (Stylish) Stars Exhibition”