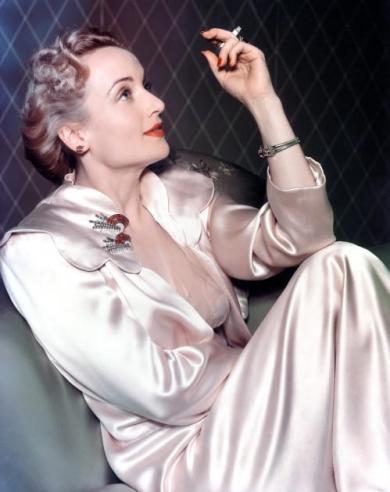 I’ve been thinking a lot – okay, obsessing – about one of my favourite actresses this week because one of her best films is going to be screened at the Edinburgh Film Festival next weekend. And that gave me the opportunity to write about her in Sunday’s Herald, and on my film blog, and to be invited to speak about her on the radio next week.

Lombard, who is now – ridiculously – best remembered as Clark Gable’s great love, was a magnificent comedienne. She specialised in playing superficially dizzy young women trapped in situations where their intelligence didn’t really get a chance to blossom. I’m thinking, of course, of Irene Bullock in My Man Godfrey (the 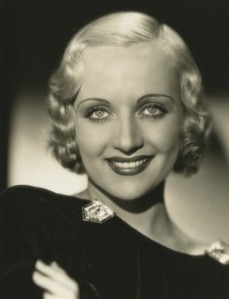 glorious 1936 screwball comedy which is playing at Edinburgh’s Filmhouse on June 30), of overnight celebrity Hazel Flagg in Nothing Sacred (1937) and of Shakespearian actress Maria Tura in To Be Or Not To Be (1942) – three of Lombard’s best films.

I think I’m drawn to Lombard not just because I love her performances, her elegance, her willingness to abandon the elegance in the name of comedy (see the “Godfrey loves me” sequence in MMG), her wit and her intelligence – but also because in real life she was, by all accounts, very much “one of the boys” and as someone who spends her life in the jazz world, I know all about that. 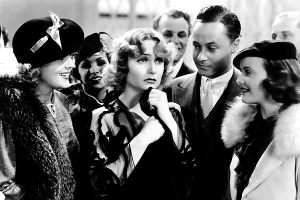 To Be Or Not To Be show. She had matured from looking like just another bottle-blonde Hollywood ingenue into a leading lady with a commanding presence and magnetic sexuality. In her later films she looks quite different to her early screen appearances: strong jawline, chiselled cheekbones, prominent forehead (weirdly, something I was complimented on – on Sunday!). And she was voluptuous to boot.

Here’s her 1932 response to the question of what her beauty routine was (courtesy of www.carolelombard.org, a fabulous tribute blog I stumbled across). “Although I think make-up is very essential to my beauty, my hint is not to overdo it. In daytime I use a powder of equal parts beige and flesh tints; a tea rose shade of rouge 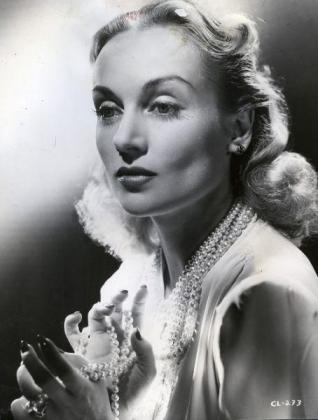 an a very pale rose lipstick. I never use mascara or eye pencil when going to shop or out walking.

“For evening, a powder four shades darker is my favourite. I use no cheek rouge, but my lipstick is heavier. I use a carmen red. At night I also use violet eyelid shadow and dark blue mascara, lengthening my eyebrows slightly with a blue pencil.”

Do you think she meant “brow pencil”?! 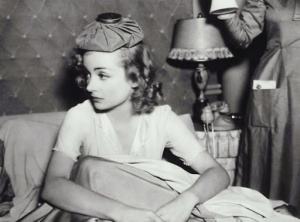 post-reviewing debauchery after covering the Leith Jazz Festival over the weekend. Actually, it was more lack of sleep than alcohol which caused my eyes to be slits and my skin to look less than its best – so I wasn’t a very good advert for beauty journalism when I turned up for my meeting at the new Philosophy counter in Debenhams, Glasgow – one of many new Philosophy counters recently opened nationwide. More on Philosophy anon.

Jurlique Rosewater Balancing Mist (£16.50), a classic spray-on toner which refreshes and hydrates the skin, proved its worth on Thursday when my skin was still feeling a little dried out 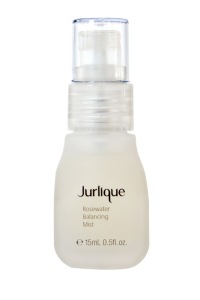 Even more of a boost was my first experience of an Origins Mega Bright Mini-Facial at John Lewis (0141 353 6677) in Glasgow. This is a half-hour treatment comprises a thorough cleanse and exfoliation using Origins Modern Friction Nature’s gentle dermabrasion, followed by a mask and a facial massage using a sculpted piece of jade and Dr Andrew Weil for Origins Mega-Bright Skin Tone Correcting Serum. I was slightly alarmed by the pressure applied round the eyes with the jade – I was worried that I might have two bruised-looking eyes afterwards – but Cheryl, my therapist, reassured me by showing me how the jade was shaped so that it presses on only the correct areas.

The effect was wonderfully relaxing, and the results on my skin were impressive: I had a very definite glow for quite a few days and will definitely be back for more when Origins has the beauty room next – between June 30 and July 8, and then from July 30 until August 14. The facial is free and is available from selected Origins counters nationwide.

2 responses to “My Week in Beauty”