Style on Film: To Catch a Thief 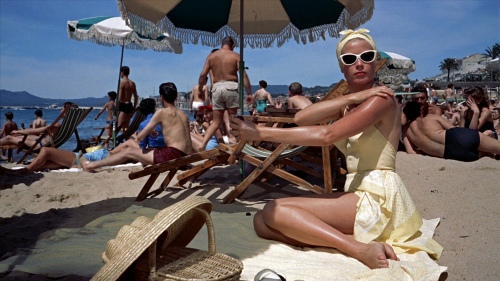 This is our first glimpse of Grace Kelly in one of her most stylish – and summery – films, To Catch a Thief, the 1955 romantic suspense movie by Alfred Hitchcock. Sunning herself at the Cannes Beach Club, she pauses mid suncream application as she clocks our hero, ex cat burglar and Resistance fighter John Robie (Cary Grant), strolling by.   It’s quite a while (20 minutes) before this first, fleeting, appearance by Kelly – and there’s another ten minutes before she is next onscreen –  but there’s still plenty of style to ogle, in the debonair form of Cary Grant. 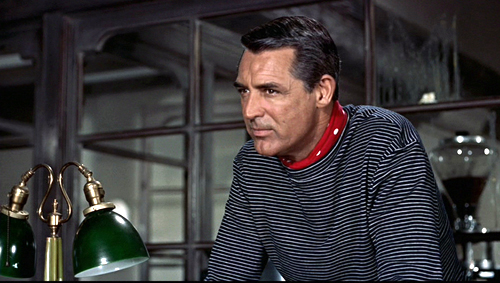 When Francie (Grace Kelly) and Robie are finally introduced over dinner, she is a goddess-like vision in this elegant, flowing – and very now – strappy blue chiffon gown, created by the film’s costume designer, the inimitable Edith Head. Despite being the daughter of an oil tycooness who talks about “cuddling up to her jewellery” in bed, Francie, tellingly, is initially seen sans bijoux. There’s not so much as a pearl earring on her .. 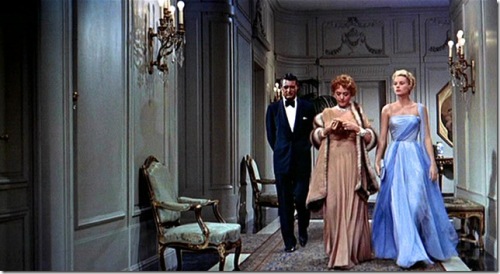 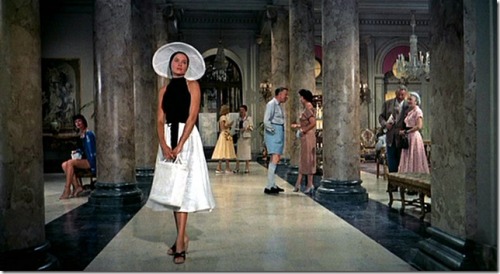 Edith Head may well have been briefed by Alfred Hitchcock to dress his heroine in cool colours in order to underline the idea of her as an ice princess (and, presumably, play to Grace Kelly’s image as “the fair Miss Frigidaire”), but Francie is not exactly backwards at coming forwards – and on to the object of her desire. Dressed in a demure, dusty pink day dress (which, personally, I can’t stand), Francie whisks John off on a racy car trip. Driving at speed with a smug, knowing, in-control, look, she calls the shots about where they’re going and where they’ll have the picnic during which she famously asks: “Do you want a leg or a breast?” .. 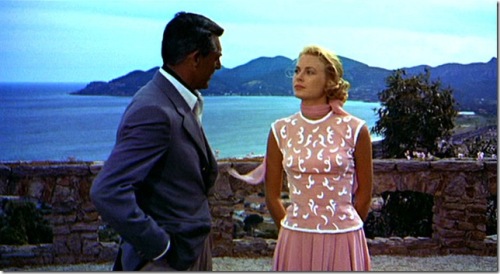 Having sussed that the object of her desire is also the object of the police’s, Francie tells John to come to her suite for cocktails and a bird’s eye view of the firework display at 8pm sharp. “I haven’t got a decent watch,” says John. “Steal one,” she replies. For the rendez-vous, she wears a simple, strapless white chiffon number chosen to showcase her mother’s (fake) diamond necklace. 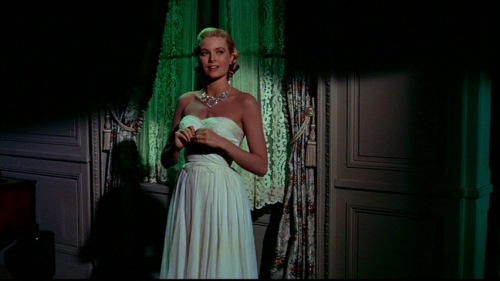 Francie has to work at it but she does manage to seduce John into some romantic action. (Her attempts at seducing him into some cat burglary aren’t quite as successful.) When they meet a few days later, and a contrite Francie confesses that she has fallen in love with him, she is dressed simply in a cream coat with a black top or dress underneath. 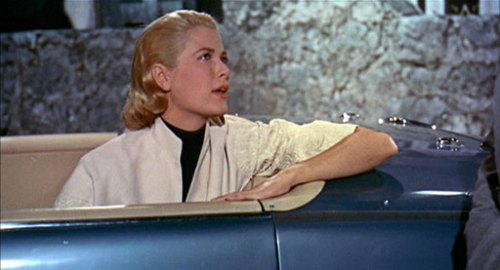 The climax of the film is a lavish masquerade ball, with all the guests decked out in the style of the 16th Century. This proved to be the most expensive scene costume-wise that Edith Head had ever designed, and it’s an absolute riot of Crayola-coloured, crinolined dresses. Francie’s golden gown – the only strapless one in sight – stands out. 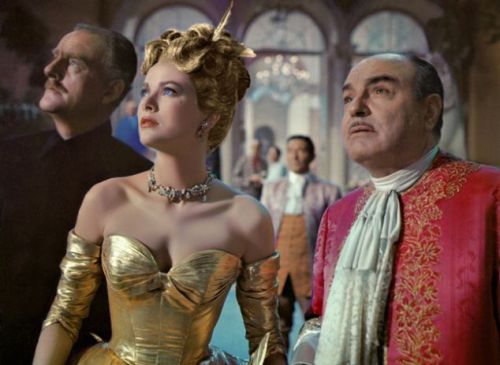 To end, here’s a couple of shots that aren’t from the film. The first is a publicity shot of that extraordinarily simple yet stunning, icey blue Grecian gown: 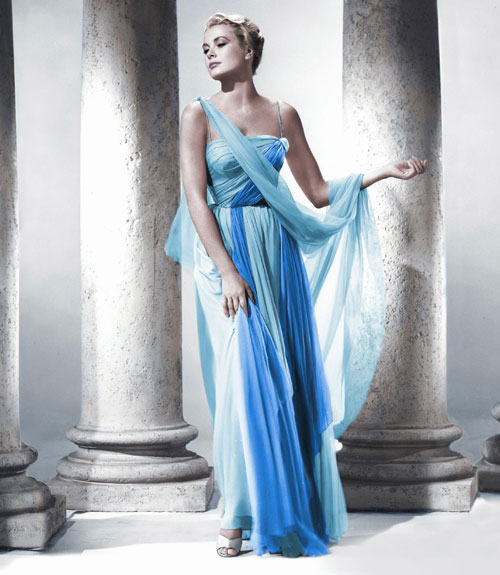 And the second is a favourite shot of Grace Kelly and Cary Grant off-duty. She’s wearing her own clothes (or at least clothes that weren’t seen in the film), and doing for espadrilles what Audrey Hepburn did for ballet pumps .. 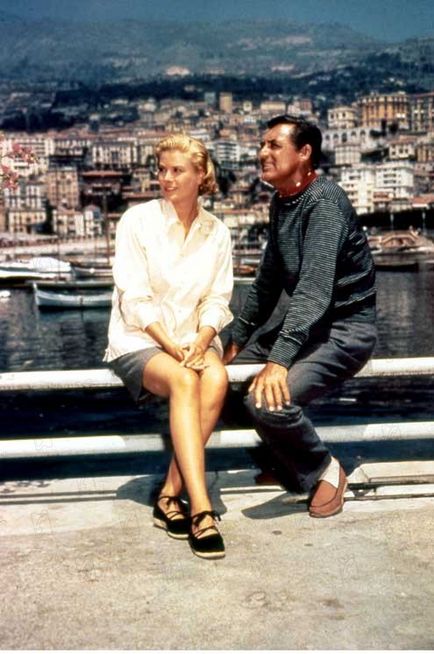