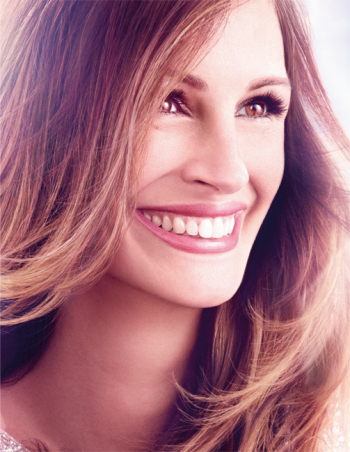 The first beauty event in Glasgow in ages was  a stylish affair which took place in the elegant Hotel du Vin in the West End, and marked the launch of Lancome’s new fragrance, La Vie est Belle.

At a table decorated with beautiful white roses and over an afternoon tea too mouth-watering to resist (half-cupcakes kept landing on my plate as the journalists on either side of me couldn’t face the guilt involved in demolishing a whole one toute seule), Lancome’s chic new PR Holly introduced this grown-up gourmand fragrance to us.  When she mentioned the word “gourmand”, my heart sank as the term usually connotes sickly, heady fragrances of the Angel variety. La Vie est Belle, however, is more sophisticated, with the gourmand note – although much in evidence – tempered by fleshy iris, jasmine and orange blossom as well as sparkling fruity top notes, and a patchouli heart.

Of course, the fact that it’s not a fragrance designed for first-timers is underlined by the choice of poster girls: the luminous Julia Roberts, a fortysomething mother-of-three.  At the launch we were given a preview of the advert which Roberts has filmed for La Vie est Belle – and it shows her as a self-assured, sexy woman completely at ease with herself and exuding a confidence 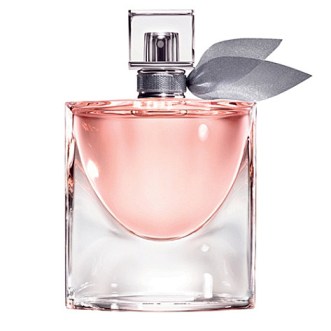 which many of us find when we turn 40.

In the ad, her character – a picture of health and radiance with flowing locks, a sparkling, pale-coloured gown and no accessories – surveys the scene at a chic Parisian party. Miserable-looking women and men – all dressed in black – pout moodily and are bound by glistening, diamond chains. Roberts breaks free of the shimmering shackles and, beaming that famous toothpaste grin, heads for the freedom and fresh air. Actually, she climbs a little staircase towards the open window – and it did seem to me, for a split second as she smiled and looked back,  that she might jump…  But I think that was just my twisted mind. (I hope!)

Anyway, you can see this striking ad for yourself when it hits TV and YouTube screens on September 1 – it certainly made an impression on me. (Indeed, I’m describing all this from memory as I haven’t been able to re-view the advert.) As has the fragrance which I plan to give to an Angel-worshipping friend in need of reminding that life is, indeed, full of beauty and hope.

* La Vie est Belle (£56 for the 50ml eau de parfum) is currently available in Frasers, Glasgow and nationwide from September 1.

One response to “Ladies Who Launch”