A New Angle on Skincare 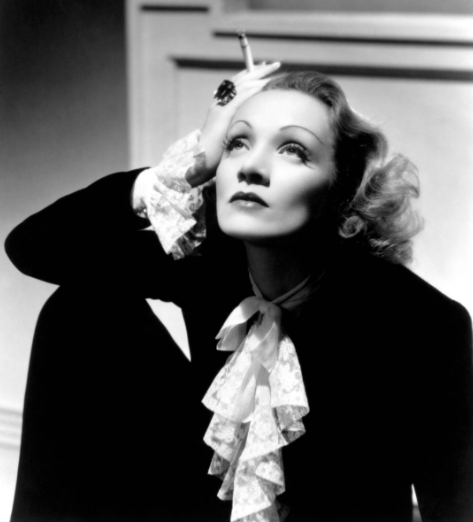 Just when you thought that skincare products could just about do everything it might ever be possible for them to do, along comes a new trend in serums: re-sculpting. I’ll bet Marlene Dietrich would have loved to have given these a go before she redefined the angles of her face by having her wisdom teeth extracted, for maximum cheekbone impact! For those of us who don’t fancy fillers and Botox or who lack the confidence to take advantage of the recent wave

of “contouring” make-up, introducing a new step into the skincare routine is the ideal alternative.

Within a few weeks of each other, both Clarins and Estée Lauder are launching their variations on the resculpting theme, hot on the footsteps of Clinique’s recent Sculptwear range. Clarins’ Super Restorative Remodelling Serum (£80; available now) promises to help lift features, replenish the skin, reshape and redefine the facial contours and reduce the appearance of age spots. This serum, which also restores radiance, gives older women’s skin the support it needs to bounce back and recover from the hormonal changes which inevitably weaken it, so it is worth trying if you’re concerned about sagginess and loss of definition of the facial contours.

Lauder, meanwhile, is launching a whole collection of resculpting products. Dr Nadine Pernodet, Vice President, Skin Biology Research & BioActives, R&D – says:  “We already knew that skin’s structure helps give skin the density and definition that is characteristic of youthful skin. But, thanks to our latest research,we now know it’s critical to also improve visible volume to create a true transformation.” Volume gives skin dimension – therefore, to improve the look of the facial contours, both visible structure and volume

need to improve, and that’s the aim of this new range.

Lauder’s New Dimension Transformative Collection comprises Shape + Fill Expert Serum (£62); Expert Liquid Tape (£46), a treatment to be targetted at specific areas such as around the eyes, and Shape + Sculpt Face Kit (£34) and Shape + Sculpt Eye Kit (£30) which both include colour to help with contouring. I’m still testing and too early to share my personal findings – but wanted to let any of you ladies who are feeling flush with dosh and a little flabby of face have all the info!

We all take affordable beauty for granted these days, but when Boots introduced its No7 – then Number Seven – range 80 years ago, in 1935, there was very little choice for women operating on a beauty budget but wanting the best in skincare and the latest in make-up fashions. Launched with the advertising slogan “The Modern Way to Loveliness”, Number Seven became the go-to brand for our grannies (I still have my grandmother’s beautiful Number Seven lipstick from that era, which has a 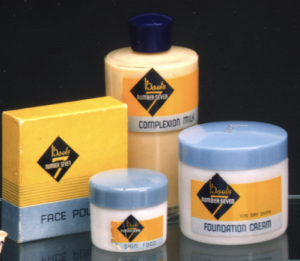 gold tube embossed with little stars) who appreciated the quality of the products.

Great effort went in to making Number Seven as luxurious as possible, and it was described by Boots as “a series of deluxe beauty preparations in which is embodies more than 50 years’ experience of toilet preparations”. The brand launched with a collection of skincare, with packaging designed by the celebrated Carlton Studios and a leading beauty writer named Mrs Dalrymple was hired to help with the publicity. She arranged cocktail parties to which she invited housewives and, from time to time, a few well-known personalities.

Over the years, the advertising campaigns have changed – notably the revolutionary move, in 2013, away from models to real, un-airbrushed, women in the “Ta-dah!” campaign, launched to highlight how great the beauty products can make the customer feel – but the ethos of quality, innovative skincare and on-trend cosmetics remains.

Every Skin’s Coming Up Rosy … 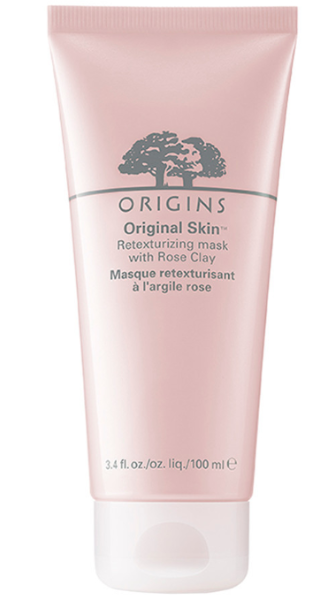 Pink is not a colour that pops up much on my sartorial spectrum. However, it will be featured prominently on my bathroom shelf now – thanks to this fab new ten-minute face mask.

Origins Original Skin Retexturising Mask With Rose Clay (£23) has a two-in-one formula which not only deeply cleanses the skin but also exfoliates it.

Using this rose-scented mask reminded me of my teens and the first masks I used which were either of the peel-off (flashback to a lemon Avon version!) or clay variety.

But this one is much better than the mud masks of my youth. And it left my 43-year-old skin with a definite rosy glow ..

Even if I didn’t know anything else about Sophia Loren, I would be able to tell from this photo that I have three style loves in common with her: pearls, leopard print and …. beautifully lined eyes. For years, I have been devoted to liquid eyeliners (with only a brief fling with gel ones) partly because I adore the retro looks that can be created, but also – and this was actually my original reason – because it was easier to achieve an eye line which stayed put and didn’t smudge if I used one of the liquid variety.

My first eyeliner pen was a L’Oréal one which no longer exists. Later, I was a serial buyer of a Clarins one but they changed the nib from a brush to a rigid felt tip pen effort and I found that it was too hard on my eyelid and tricky to use. In recent times, the only eyeliner I have truly loved has been Guerlain‘s which comes in an ink bottle with an elegant brush, in three colours (I love them all – navy, black and brown) and lasts an eternity.

Nevertheless, this summer, I have been persuaded to experiment once more with the pen variety of liner. Of the two new liners on the block, I am – contrary to my own expectations – totally sold on Estée Lauder Little Black Liner (£22, from August 31). Why did I not expect to be convinced by it? Because I saw the dreaded felt tip pen-style nib and because I wasn’t very taken with its sibling, the mascara base Little Black Primer which launched earlier this year. However, the thin end of this dual-ended, waterproof eyeliner provided an impressive and smooth line – and it was love at first brush stroke! (Though perhaps not as fine a line as I would always want.) The thicker end can be used for an even more dramatic effect. Having found that my beloved Guerlain bottle often gets damaged in transit, a pen is a good move for when you need to do your eye make-up away from home.

I’m less in love with Smashbox‘s new Photo Angle Pigment Gel Liner (£18), a pen with an angled tip which – as far as I can see – would only come into its own if you were going for a very thick and full eyeliner look. It comes in five colours – Jet Black, Cocoa, Smoke, Plum and Lilac – and, like the Little Black Liner, is waterproof.