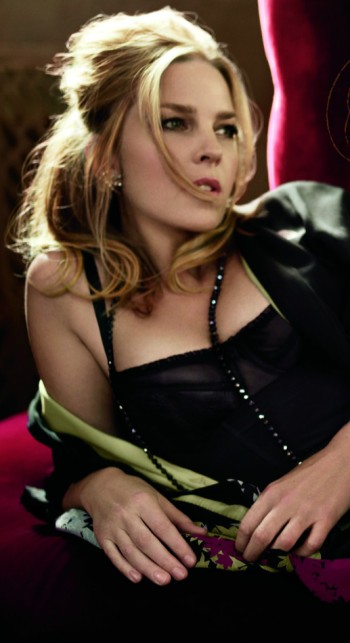 Well, last week kicked off in style with an interview with the wonderful jazz singer and pianist Diana Krall who has a new CD, entitled Glad Rag Doll, launching in October – and whom I last interviewed 11 years ago. It may mark a new direction for her in terms of what she has recorded before (though it draws on music she has loved for most of her life), and who she has worked with, but it’s the CD’s cover which has so far been the subject of web chatter – because the 47-year-old mother of twins is shown posing in a basque, designed in collaboration with the Oscar-winning costume designer Colleen Atwood.

Basically, as Diana says, she was “playing dress-up” and “getting into character” – the character being a 1920s showgirl.  You’ll have to wait until my article is published in The Herald to hear the rest of Ms Krall’s thoughts on the cover and the reaction it’s been provoking, but I was intrigued by the fact that since this is an (utterly beguiling) album of contemporary takes on mainly 1920s songs, she extended that aesthetic to her hair on the cover shot. Instead of recreating the predominant hair style of the 1920s – the bob – she went for a tousled demi-updo.

A similar sort of anachronism is in evidence in the new movie version of Anna Karenina, which I saw last week with a couple of girlfriends. I had read nothing about it in advance, so it was only 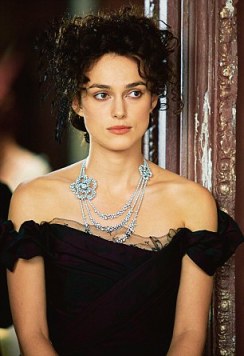 when I clocked the camellia/diamond necklace that Keira Knightley wears early on that I realised that Chanel Fine Jewellery was one of the stars of the piece.  As ogle-worthy as that necklace was, it just didn’t go with the period – something that the costume designer Jacqueline Durran has said she didn’t care about when she was working on the sartorial style of the film. Personally, I don’t think it went with the style of the dress, either..

I wonder what another Diana would have made of all the above: the legendary magazine editor and style guru Diana Vreeland, who is enjoying a post-humous comeback thanks to the new documentary about her, The Eye Has to Travel, which is currently playing in cinemas and will be released on DVD next month. I saw the film at the Glasgow Film Festival earlier this year. It’s a fascinating portrait of a fascinating woman who lived and breathed style. My only objection to it is how fast it moves – it jumps from image to image, clip to clip at a breathless pace – though, given how Vreeland herself spoke  (she sounded like  Audrey Hepburn on speed), I guess that’s quite apt. 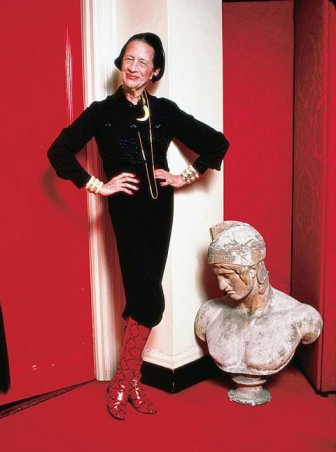 (“Pink is the navy blue of India”), inspired the character of Maggie Prescott, the magazine editor played by Kay Thompson, in the glorious Audrey Hepburn musical Funny Face. Prescott may have ordered her troops to “Think pink!” but red was Vreeland’s personal colour of preference. So I’m sure she would adore the latest nail varnishes to land on my desk…

The Estee Lauder Pure Color Nail Lacquers Red Hautes Collection (£14.50 each; www.esteelauder.co.uk from October) is a set of five shades of that most enduringly popular of nail colours, ranging from what is actually a fuschia through to a deep, dark crimson. I’m smitten with Beautiful Liar, a cherry shade which anticipates the reds we usually see at Christmas time.

Oh, and speaking of Christmas, I was treated – on Thursday – to a sneak preview of Clarins’ festive collection over lunch with their chic PR, Jenn who immediately spotted that I was wearing the Spiced Orange version of the new Clarins Rouge Prodige Lipsticks (£17.50; www.clarins.co.uk) and the limited edition Clarins Instant Definition Mascara in Intense Plum (£20); gorgeous products, both – and available in the current autumn make-up collection. 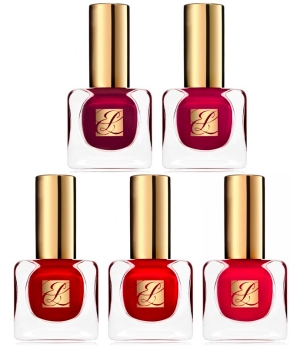