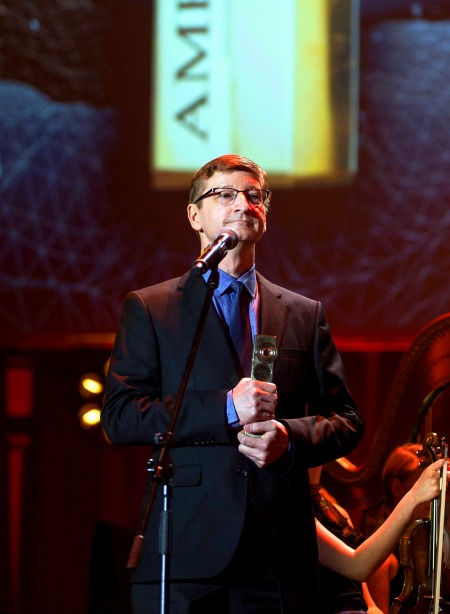 Robert Townson, the film music producer who brought Hollywood legends to Glasgow in the 1990s and worked with the Royal Scottish National Orchestra on a series of recordings now regarded as mythic, is returning to Scotland next week. In two special concerts, the RSNO and Townson are reuniting to celebrate the 40thanniversary of Varese Sarabande, the record label which showcased their unique relationship; a relationship which produced an astounding 40 soundtrack albums over seven years.

Just like the new audiences who have been coming to RSNO concerts after having their interest piqued by the organisation’s various film music events, so Townson, now Vice President of Soundtracks and Executive Producer at Varese Sarabande, found that film music was a gateway to classical music in general.

Back in the late 1970s, Townson was “just an 11-year-old kid” going to the cinema with his pals. Over the course of just two years, four movies came out which, he says, changed his life: Star Wars (1977) and Superman (1978), both with a score by John Williams, and Star Trek – The Motion Picture and Alien (both 1979), both scored by Jerry Goldsmith.

“These four films opened my eyes and ears to this music,” says the charismatic Canadian, who still sounds wonder-struck as he describes the effect that John Williams’s rousing fanfares had on him. “I was not a musically sophisticated kid; I didn’t even play the piano. I went to see the films with no expectation but I was struck by the scores, there was an immediate connection. John and Jerry sparked my passion in all music – through them I discovered classical music, in particular Dvorak, Mahler and Beethoven.

“The late 1970s was a fertile period of great film music – a near golden age. The composers who were writing still included the masters of earlier decades – Miklos Rozsa, Elmer Bernstein, Georges Delerue.”

Not only were some of the important figures from the 1940s and 1950s still active but film music as a distinct genre worthy of respect was given a shot in the arm around this time with the release of the Classic Film Scores by RCA. These records introduced the adolescent Townson to the first wave of Hollywood movie composers, who had come from Europe.

He recalls:  “I developed a voracious appetite for the music, especially Jerry Goldsmith’s. Every score I heard by him was mindblowing to me. The variety and range in his work was amazing. I look back now and admire my teenage taste!”

You also have to admire Townson’s teenage chutzpah. After all, he founded a record label Masters Film Music, before he hit 20. But why?

“Well, it was born out of frustration. I was frustrated that there were new films whose soundtracks weren’t being released. Three of these films really triggered me into action: The Final Conflict (The Omen 3) and Raggedy Man which had Goldsmith scores, and Heartbeeps, which John Williams did between Raiders of the Lost Ark and E.T, a magnificent period in his career. I realised that something needed to be done – and the conclusion I came to was to release all three myself!”

Operating out of his bedroom in his parents’ home, Townson made contact with Goldsmith, and, for distribution, approached Varese Sarabande as they were already specialists in film music, having recorded concert works by movie composers. The film studio allowed him to use the original soundtrack of The Final Conflict by the London Symphony Orchestra, conducted by Goldsmith himself.

Goldsmith was delighted with the album. For Townson, it proved the launchpad for the career he has today. “It established me working with Jerry. From that first album until he died in 2004, there wasn’t a time when we weren’t working on something. We made 80 albums together; he was like a second father to me. He was a wonderful man, an absolute genius and a very cool guy – very demanding of himself and very driven. He would finish recording a score in the morning and start writing the next one that afternoon.”

A successful recording of Alex North’s score for 2001: A Space Odyssey inspired Townson to begin a new project: of recording existing scores alongside the new soundtrack albums he was producing for Varese Sarabande. Three albums into the series, he began to have logistical problems with the orchestra, and just at that point he heard that the RSNO was interested in recording film music.

Townson’s first visit to Glasgow, in 1995, produced a new recording of the peerless Bernard Herrmann score for Alfred Hitchcock’s Vertigo, conducted by the up-and-coming film composer Joel McNeely. It was a tremendous success, winning the Gramophone Award and paving the way for regular trips to Scotland over the next seven years. “I’d do maybe three or four recordings each time, and I was recording pretty much exclusively with the orchestra. The RSNO was far and away my preferred orchestra and I always looked forward to my next trip.”

He wasn’t the only one. Jerry Goldsmith became such a regular here that musicians back home in Los Angeles joked that they were lucky to have him at his own 70thbirthday party; they had thought he might be celebrating in Glasgow with their Scots counterparts. Mind you, Goldsmith did have a 70thbirthday concert here where audiences were thrilled to hear such powerful themes as those for Patton and Air Force One (the appropriation of which by Trump would not have gone down well with its composer, says Townson).

But it was Elmer Bernstein, the one-time blacklisted composer responsible for bringing uniquely American sensibility to the Hollywood movie score, who perhaps provided the most stardust, as well as forging a very special, mutually affectionate, relationship with the orchestra.

His music, along with Goldsmith’s, is represented in the programme for next weekend’s concerts and there will also be compositions by one of Glasgow’s own film music greats, Patrick Doyle, and the evening’s conductor, composer Diego Navarro. As Townson, who will be presenting, says: “It’s going to be a film music concert like no other!” 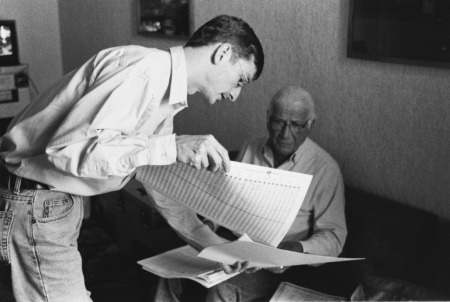 If you’re a film aficionado or a classical concert-goer, chances are that at some point in recent years you have attended a film screening with live orchestral accompaniment or a concert featuring a programme of iconic movie scores.

Film music has become big box office business, and, over the last few years we in Scotland have been spoiled for choice – the BBC SSO devoted a weekend to the music of Bernard Herrmann, the John Wilson Orchestra visits every winter with songs from the great musicals, and all the film festivals (even – or especially – the silent one at the Hippodrome Cinema in Bo’ness) tend to include some sort of celebration of movie music.

But it wasn’t always thus. Back in the 1990s, following a series of annual screenings of silent movies with music performed by the RSNO, conducted by composer Carl Davis, something magical happened: Hollywood itself began to come to Glasgow thanks to record producer Robert Townson who came to work with the RSNO to produce definitive new recordings of important scores from Hollywood history.

Nobody who experienced the diminutive white-haired movie giant Elmer Bernstein conducting his own, majestic and catchy music for The Magnificent Seven or his exquisitely delicate and beguiling themes for To Kill a Mockingbird at one of his birthday concerts with the RSNO in 1997 and 2002 could forget how their spine tingled at being in the presence of Hollywood history.

Robert Townson recalls that on the day they were about to record To Kill a Mockingbird, Bernstein was “trotting to the podium when the horn section started playing The Magnificent Seven theme”, much to his delight.

I, personally, remember the impact that news of Bernstein’s first visit to Glasgow had on colleagues at The Herald. When Michael Tumelty, the classical music critic who went on to become a favourite writer and friend of Bernstein, bumped into some musician pals outside the City Halls and asked what they were doing, he was gobsmacked to learn that they were recording The Great Escape, and zoomed back to the Herald office on Albion Street to share the news.

Fifteen minutes later, anyone who happened to pass the “smoking room” would have seen a conga line of middle-aged reporters and sub-editors slowly shuffling round a cupboard-sized space, jangling the coins in their pockets and collectively humming the rousing theme to that classic war movie. Such was the Bernstein effect.

And such is the effect of the iconic movie scores that the RSNO recorded back to worldwide acclaim back then, and continues to champion in film music concerts and events, such as their sell-out Back to the Future screening-with-live-accompaniment in Edinburgh last year. The orchestra even has a film music specialist from Hollywood, Richard Kaufman, on its roster of regular conductors and a dedicated, and concert-filled, film section – RSNO At the Movies – on its website. The giants of movie music may no longer walk among us but their legacy lives on …

* An edited version of this feature was published in The Herald on Saturday November 10th, and online at http://www.heraldscotland.com