They may – as Woody Allen said in Annie Hall – have come by way of the Panama Canal, but when the items in Lancome’s Christmas range finally turned up on Monday, they proved to be well worth the wait.

Designed by hot American fashion designer L’Wren Scott, this compact collection includes a lovely eye palette based around her signature favourite shade of grey.  However, my favourite items are the beautiful nail colours – Lancome Le Vernis in Le Gris L’Wren and Le Rouge L’Wren (£12; www.lancome.co.uk), which can be worn by anyone – and therefore make great presents. The grey is a chic gunmetal shade, while the red is a dark garnet not too far removed from the Black Cherry shade of the autumn collection. Last minute stocking-fillers, anyone? 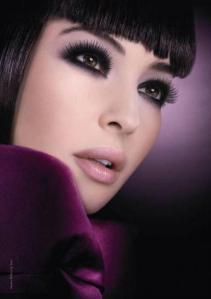 Tuesday was the press night for Aladdin, the fantastic new pantomime at the Clyde Auditorium in Glasgow. Not only does this spectacular show star the gorgeous John Barrowman, who gives a tour-de-force performance and seems to be having the time of his life, but it also boasts some priceless comedy from a double-act I remember fondly from my childhood, The Krankies.

And it was The Krankies who effectively tested the Dior Extase Mascara (£21.50) for me. Why? Because even though tears of laughter were streaming down my face – not least during Jeanette Krankie’s hilarious SuBo impersonation (and Barrowman’s reaction to it) – the mascara didn’t budge.

And that is always the final test for a mascara as far as I’m concerned. I was so pleased because I was already thrilled with the way it beefs up the lashes and creates the impression of volume.. 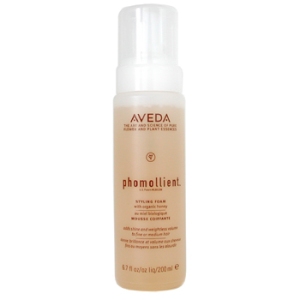 Hoorah! Just as I was despairing about how lank and lifeless my hair had become in the run-up to getting it cut and coloured, a bottle of my favourite styling product, Aveda Phomollient (£13.50; www.aveda.co.uk), turned up.

This liquid, which turns to foam once released, is a bit of a miracle worker for fine, floppy hair. It helps to create volume but doesn’t weigh the hair down with product. 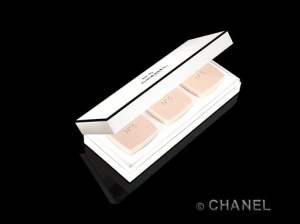 Ssssh, don’t tell my mother, but my visit to the Chanel counter was very productive, present-wise, as I picked up the latest incarnation of her favourite fragrance, Chanel No.5 Set of Three Perfumed Soaps (£34; 0207-493 3836) – though she’ll probably be reluctant to take them out of the box as they look so pretty.

Also very tempting at the counter – but just a bit out of my present price range – is Les Minis de Chanel ( £66.50), an elegant and dinky black pouch filled with mini make-up brushes. I can think of quite a few Chanel chicks who would be thrilled to find that Santa had left them one of these …

I was sent Lancome’s spring colours on Friday – and thank goodness they didn’t come the scenic route, because among them is a lipstick that I’ve fallen for. Big time. Lancome French Touch lipstick (£23) is its name, and although it was launched in the autumn, it slipped through the net a bit – probably because the colour I was given then was way too dark for me to wear.

Anyway, had I tested it back then, I would have been wearing it continuously these last few months: this is the most beautiful lipstick I’ve tried in ages. The colour is intense and elegantly glossy and, what’s brilliant for someone like me who finds many supposedly hydrating lipsticks too dry is the fact that it is extremely comfortable and moisturising. Check out the existing shades on the Lancome website, and watch out for the new colours launching on January 9.