My Fortnight in Beauty 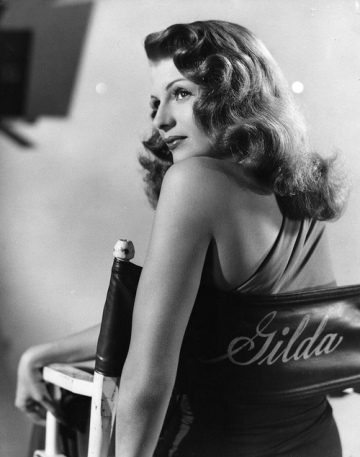 I was all set to start writing my beauty diary last Monday when I received news of the death of a friend from the jazz world. I couldn’t resume writing about beauty products; it didn’t feel right – and I wasn’t in the mood anyway. But, that said, frivolous though cosmetics can be – and though writing about them is hardly as important a job as news reporting – they do play an important function in many people’s lives. Looking your best boosts the confidence – and the spirits. Just ask the ladies who’ve benefitted from the Look Good, Feel Better organisation’s work for women who are battling or recovering from cancer… And often faking confidence can lead to genuine confidence.

As countless makeover shows have proved over the years, a change of image – even a slight tweak – can work wonders, not just on your confidence but on how

others see you.  And that bounces back at you, and inspires self-confidence. I was reminded of the power of the makeover during a recent trip to the cinema to see the classic noir melodrama Gilda, which is currently touring cinemas.

Its star, Rita Hayworth – above (on set) and left (at the start of her career) –  wasn’t a chameleon on the scale of Joan Crawford, but she did undergo a couple of simple yet radical transformations during her career.

Her first occurred when she had the brainwave of having painful and intensive electrolysis to move her hairline back: before the treatments, her hairline was very low and unflattering. Post-electrolysis, her beautiful face was shown to best advantage – and a star was born.

During the 1940s as her studio experimented occasionally with Technicolor, Rita went red – it’s still the hair colour with which this beauty is most associated – but for the stylish film noir The Lady From Shanghai, made in 1946 by her then-husband Orson Welles, she not only had her hair cropped but hit the bottle and went platinum blonde (see right) for the first and only time. And that looked fab too!

Mind you, I don’t think Rita was too taken with it: she was never seen with short, uber-blonde hair again…

Of the new products I’ve experimented with over the last couple of weeks, No7 Lash Adapt Mascara (£12; www.boots.com) seems to me to be an essential for achieving movie star looks. The USP of this mascara is that you can add up to six layers without it clumping … though I found that my lashes did start getting lumpy before I got to layer five. Where this mascara really triumphed was in its ability to curl the lashes: after just a couple of coats, mine had been teased into a beautiful curve, with minimum effort.  And, as we all know, every femme worth her fatale tag has to have battable lashes. Lash Adapt looks terrific teamed with the beautiful eye shadow quartet from Lancome’s autumn collection: Lancome Les Oeillades in Blondette Fatale (£33; www.lancome.co.uk)

Skincare-wise, these last few weeks have been dedicated to trying out latest wonder serum.

Lancome Visionnaire (£57) – yup, the one that the Middleton sisters were rumoured to be using – has certainly got some impressive claims to live up to. In independent tests, more than 50% of women tempted to undergo a dermatological procedure decided to postpone it in favour of continuing to use this skin-correcting serum. And 88% of women considering fillers, lasers or peels said that they noticed a visible improvement in their skin after using Visionnaire.

Actually, I can see where they’re coming from. I’ve noticed that the redness on my cheeks has calmed down considerably, that the lines on my forehead may be a little less pronounced, and that the texture of my skin is markedly improved.