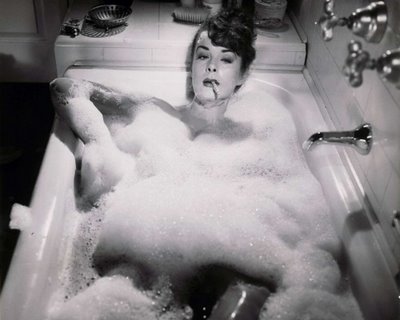 If there’s one thing I can bear less and less well as I get older it’s being kept dangling when it comes to arrangements – and being at the mercy of other, more laidback, folks’ timetables (or their habit of confirming rendez-vous at the last minute). I’m always waiting for people to get back to me in my work; I can’t stand it happening in my personal life as well.. 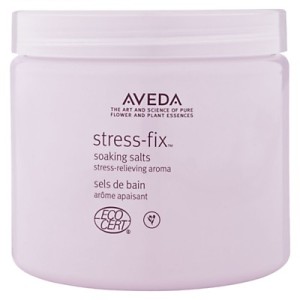 get-together was cancelled, I felt stressed-out and I was upset at how upset the unexpected change of plan had made me.. There was only one thing for it (well, three, if you count the double G ‘n’ T): a long soak in the tub with the lavender-scented Aveda Stress Fix Bath Salts (£29; www.aveda.co.uk), which help to calm and relax and are part of a new range of body products from the American beauty company. Indeed, so therapeutic was the bathtime experience that I carried the Aveda Stress Fix Concentrate (£21) – a rollerball oil with the same soothing scent – around in my handbag for the rest of the week.

It’s totally irrelevant to my beauty journal – though I could tell you exactly what make-up I was wearing at the time (Clarins eyeshadow, Guerlain eyeliner, Clinique mascara, Dior foundation and lipstick, Benefit blusher – see?) – but I met Tony Bennett on Monday.  Well, I accosted him and his wife in the street… I had been propping up the bar in Rogano (drinking coffee, I should point out), when I turned round to find
a dapper old gent in a powder blue suit giving me the once-over. By the time I had registered that it was Tony Bennett, whose concert I was going to review that night, he had gone. I leapt off my

bar stool, peeked out into the street and saw him heading off into a busy shopping street.

Having long wanted to meet him – not least because his one-time musical director, the late John Bunch, was a good friend of mine – I sprinted (that’s how it looks in my mind; “galumphed” is probably a more apt description) along a few blocks, caught up with him and breathlessly introduced myself. And, er, that’s the high point of the story. He didn’t say much, didn’t shake my hand and probably thought I was just a nutcase.  Still, these are the chances you have to take sometimes when you’re faced with a once-in-a-lifetime opportunity… 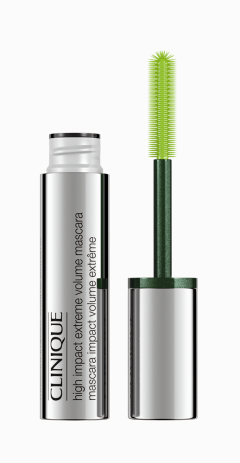 However, I’m delighted to be able to report that despite a couple of tissues’ worth of tears,  my naturally poker-straight lashes remained beautifully composed (this mascara has a very clever wand, which separates, stretches, bends and lifts the hairs as it coats them)  – though I can’t say the same about my eyeliner. (Or my friend!)

The mascara comes in two shades – Black and Extreme Black (the one I’ve been wearing, which is very glossy and certainly wears well through the day).

I’m big into the blues this summer – royal, cobalt, navy, 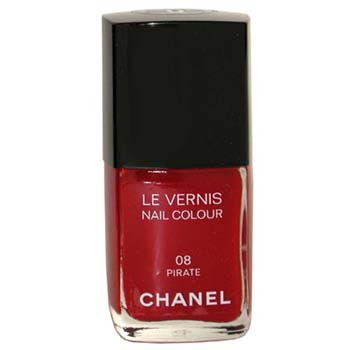 turquoise, any shade as long as it’s not wishy-washy pastel which wishy-washes out my pale skin. For the first night of  the Glasgow Jazz Festival, on Wednesday, it had to be my new “electric” blue (that’s what the shop assistant called it) top and last summer’s nail polish of choice, Chanel Le Vernis in Pirate (£18), a bold, vampy shade guaranteed to make you feel like a bold vamp – even if you’re feeling more like a washed-out wallflower! 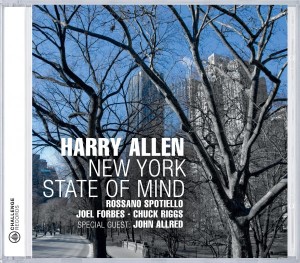 Never having heard American tenor saxophonist Harry Allen playing with Italian pianist Rossano Sportiello before, I am now desperate to hear them live. This magnificent CD of New York-themed tunes has this duo at its heart; they bounce off each other brilliantly on such uptempo numbers as Singin’ in the Rain’s Broadway Melody. On the ballads, Allen’s tender, breathy and slightly melancholy sax (especially on an exquisite version of Autumn in New York) is complemented by Sportiello’s dreamy, eloquent piano. And there are some sublime contributions from in-demand trombonist John Allred. 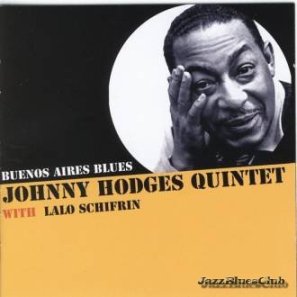 Even if you’ve long since been smitten with the sublime sound of alto saxophonist Johnny Hodges, chances are you might not be familiar with the two albums which make up this magnificent CD: the first is a 1963 quintet session with the film composer Lalo Schifrin on piano, while the second is the 1962 strings LP, The Eleventh Hour, which was arranged and conducted by Oliver Nelson. Both are terrific, but the first, which features Hodges’s signature mix of Ellington numbers and his own blues (plus a couple of Schifrin originals), is a particular treat. 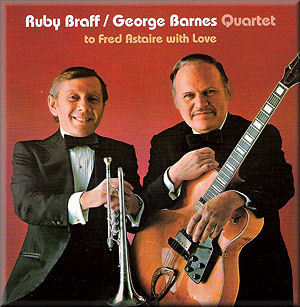 This superb CD comprises two joyous, mid-1970s, albums – the eponymous Astaire tribute and The Ruby Braff-George Barnes Quartet – recorded by the terrific group which featured on Tony Bennett’s sublime Rodgers and Hart LP during the same period. The partnership between cornettist Ruby Braff and electric guitarist George Barnes was a great one, characterised by warmth, swing, lyricism and sheer joie de vivre, and their sound was beautifully offset by a rhythm section of just guitar and bass. The 20 tracks are perfect examples of chamber jazz at its best. 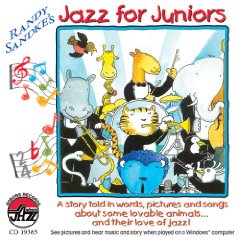 Jazz albums for kids are nothing new but this one, which not only entertains but also educates, is something different. The concept of US trumpeter Randy Sandke – whose interest and style span the history of jazz – it tells the story of the formation of a jazz band, as a trumpet-playing tiger travels the world meeting fellow animal instrumentalists (as portrayed, musically, by such top-notch musicians as Ken Peplowski, Howard Alden and Wycliffe Gordon).  Perfectly pitched at young ears, the CD also includes a slide show viewable on PCs.