This season there is no excuse for not being able to master the art of the flicked eye line – whether you want a heavy, sixties cat’s eye a la Loren (Sophia, pictured right) or a fine 1950s or 1940s style tapered flick. Lovers of liquid liner – experienced or not – will get a kick out of the new Tom Ford Beauty Eye Defining Pen (£42; available from September 2) which has a thick brush at one end and a slender pen at the other, thus offering a myriad of liner possibilities. And if kohl’s more your thing, check out the wonderful new Guerlain The Eye Pencil (£18) in Black Jack which has a kohl effect but is soft and creamy and waterproof – ideal if you’re prone to tears .. 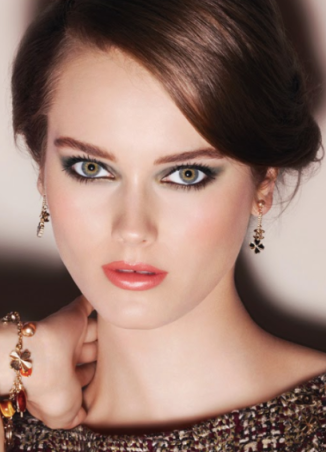 The stand-out item in Chanel’s new Superstition make-up collection for autumn 2013 is the limited edition Le Volume de Chanel mascara in Khaki-Bronze (£24). This may not sound like the most appealing of mascara shades but it is actually rather beautiful and works wonders with all eye colours, especially if teamed with the Les 4 Ombres palette (£38) in Mystere, though the impact dwindles as the eyeshadow colours don’t have the staying power of the mascara.

Not only have Dower & Hall broadened out their fabulous “Feather” collection for this autumn /winter but there’s also a very readily affordable new jewellery range featuring our feathered friends now available on the high street. Cinderela B is the brainchild of Rachel Jackson, a London-based designer whose 22-carat gold-plated creations are flying off the online shelf at Warehouse. In addition to the hummingbird necklaces and earrings (this lariat necklace, pictured right, is £35), the collection also includes designs inspired by pineapples and bumble bees.

DUNGAREES FOR THE OVER 20s (and if we’re talking dress sizes, halve that)

If you have a bust, forget them. It boils down to this: dungarees are for toddlers, stick insects and Scout Finch (right).

This may run against current fashion thinking but, I’m sorry, discovering that the nails I had painted in a dark bar actually resembled metallic bogey colour in broad daylight was a little upsetting. Chanel Le Vernis in Alchimie (£18; limited edition), I’m talking about you!

GOING FOR THE CROP

So, Beyonce is the latest celebrity to embrace cropped hair – following in the recent footsteps of Rihanna, Miley Cyrus and Jessie J. By coincidence, the poster girl for the pixie crop is making a comeback on the big screen this month: Jean Seberg, the beautiful gamine whose best-remembered film, A Bout de Souffle (Breathless), made her a style icon, will be back in cinemas in her 1958 colour movie Bonjour Tristesse. A coming of age story based on Francoise Sagan’s classic novel, it’s mostly of interest for the splendour of the Seberg coiffeur.

This is proving to be a vintage year for hot mascaras: first from Dior, then Chanel and now the latest from Clarins – a replacement for Wonder Lashes. Clarins Be Long Mascara (£21; www.clarins.co.uk) really is more wonderful than its predecessor: with one swipe across the lashes, it transforms them dramatically, making them longer, thicker, well separated and with a curl. There are two shades, Intense Black (which is seriously intense) and limited edition Intense Brown. 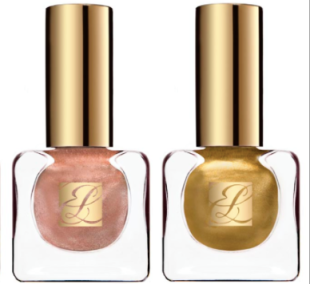 Ah, August – often the summeriest month but the one in which followers of fashion begin to look forward to all things autumnal. The big beauty companies traditionally begin selling their autumn/winter colours in August and one trend that’s been around for a while is taking off in a big way this fall: metallic nails. Chanel launches a lovely metallic pink rose nail varnish in September (its autumn make-up belongs more to the camouflage/sludgy colours movement); it’s Estee Lauder which has this trend nailed, er so to speak, with Estee Lauder Pure Color Vivid Shine Nail Lacquers (£14.50; www.esteelauder.co.uk) – eight new limited edition shades offering deep and pearlised  colour. Faves so far are Midnight Metal and Rose Gold…

Now that the heatwave is ebbing away, it’s time for the depressing task of auditing the sun cream stains on favourite sun wear – if anyone knows how to remove these marks permanently, please share your secrets! 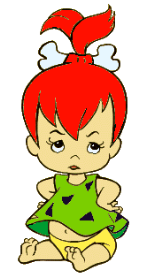 Can we please call time on these ridiculous wannabe buns that you  can see on girls’ heads the length and breadth of the country? It’s one thing sporting a magnificent, 1960s-style, bun on the top of one’s bonce – indeed, I wouldn’t be surprised if a large bun helped with posture much in the way that balancing books on the head was a favourite trick used in deportment lessons – but it’s another wearing a daft wee top knot/folded back ponytail that would looks like something from the Pebbles Flintstone hair repertoire. 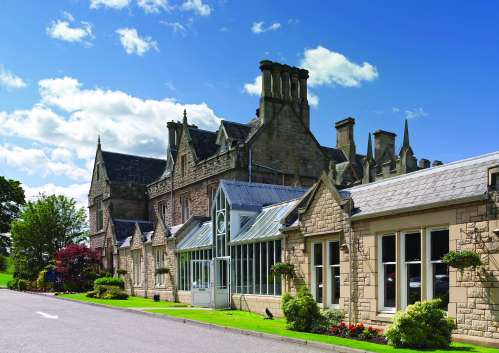 Last year I reported on a fabulous spa experience I had at the Macdonald Inchyra Hotel & Spa, halfway between Glasgow and Edinburgh. Well, I’ve been back for a second helping of the heavenly spa treatments on offer there – but this time I fulfilled a long-held ambition to try out a facial created by the Carita sisters, Rosy and Maria, who established the celebrated Carita Maison de Beaute on the rue du Faubourg St Honore in Paris back in the 1950s. The sisters started their beauty career as hairdressers, but broadened their remit out so that their “house of beauty” was a complete beauty destination, where skincare, bodycare, make-up and hair needs were catered for. Carita is a now a venerable French institution: the products are famous and the actual beauty house, where the sisters set themselves up as “artisans of beauty”, has seen everyone from Hollywood and European movie stars to royalty pass through its doors.

Over the course of my career, I’ve interviewed beauty gurus who have spoken about the Carita sisters with the sort of reverence that is reserved for

the true greats in any business. The siblings not only kept abreast of hair and make-up fashions by working with young avant-garde designers of their age, the future greats of haute couture, but they also established a school where their protégées included the likes of Laura Mercier and Terry de Gunzburg – renowned make-up artists who are now known the world over for their very user-friendly make-up brands.

At the heart of Carita, however, are its Haute Couture Beauty treatments which are the ultimate in luxurious skincare. At the Inchyra last month, I was treated to the Carita Renovateur, an iconic facial which the sisters developed in 1956. It was so relaxing that I, of course, spent the 70 minutes in a state of bliss and could not possibly begin to tell you the many steps of this treatment since I was on another planet throughout… What I can tell you, however, is that the results were amazing: my complexion was completely refreshed and revived, and I felt that the facial – which used a signature blend of sunflower seeds and essential oils – was still producing a radiant effect for days afterwards. (Thankfully, the sunflower seeds stopped turning up behind my ears and in my hair after the first night!) The key aspect of the Renovateur is the way in which its initially wet texture transforms into a powder when it’s slowly massage into the skin, leaving a vitamin-infused veil on the complexion.

I hope to get back  to the Inchyra and work my way through some of the other treatments (Carita and Decleor) that are available in its sumptuous spa. For an escape from the city, this is a great location – easily reached by train from both Glasgow and Edinburgh – and the hotel has a top-rated restaurant (five-star steaks) and lovely chilled-out bar. One night merely whets the appetite for further indulgence …

* Rooms at the Macdonald Inchrya Hotel & Spa cost from £225 per night. Currently, there is a summer spa break offer available here.